Archives can be described as a place in which public records or historical materials, such as documents are preserved and safeguard (Dicionário de Terminologia Arquivística Brasileiro, 2005). The Archives also reflects our history, identity and memory. Communicating in archives means to “provide direct access window on past events.” (International Council on Archives, 2019:1). Therefore, using the primary sources and its information contributes to building a stronger cultural heritage around the world. It “promotes democracy, protects citizens’ rights and enhances the quality of life” (International Council on Archives, 2011:2); enriches human society knowledge, skills, values and attitudes necessary for a fairer and sustainable world. Additionally, it increases the number of users who are involved in formal and informal learning (Santos, 2013:1). Similarly, “heritage constitutes a source of identity and cohesion for communities disrupted by bewildering change and economic instability” (UNESCO, n.d).

Considering what was written before, it is our purpose to illustrate in this article three case studies developed among arts students of the Autonomous Region of Madeira, Madeira Regional Archives and Public Library (Portugal) between 2006 and 2015, because we believe that working heritage and creativity with learning communities promotes interdisciplinary curricular, enriches the school works and a whole set of curricular and extracurricular. 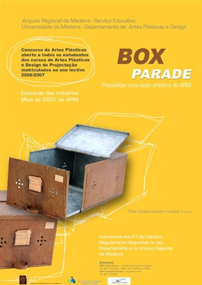 What is an archive? What are its functions and assets? Are the archives essential to the society? Why if it’s an empty place. These were the questions made by the students of Madeira University when we presented several lectures and workshops about the Madeira Regional Archive. Conversely, we asked inside the services: why the readers’ number is still low? And why the “university” makes research on the reading room of the Public Library of Madeira and does not go to the reading room of Madeira Archive? In order to change their mentalities a partnership with the department of “Arts and Design” was established. After several meetings, it was decided to promote a sculpture contest called “Box Parade” for students from the first level.

During the school year of 2006-2007, a lecture under the name Let us know the Madeira Regional Archives …” was run, as well as there was a personal visit to the Archive´s facilities, following the documents’ circuit from their entrance in the building until their access by readers and the public. After these sessions, each artist was given an old zinc box, which is no longer used for keeping the historical documents, to transform it and having the chance to individually express their point of views on the archive and archival functions.

Figure 2. The zinc box that inspired the contest “Box Parade” 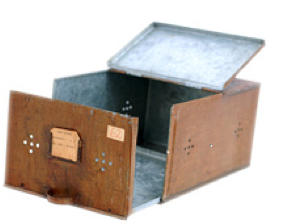 Despite the number of registered students was superior, only 25 submitted their works to Madeira Regional Archive. The juries chose two winners and one honorable mention. See some images below and make your interpretation (Santos, 2007, p.2)

Figure 3. The society through time (left side) and History (right side) (winners) 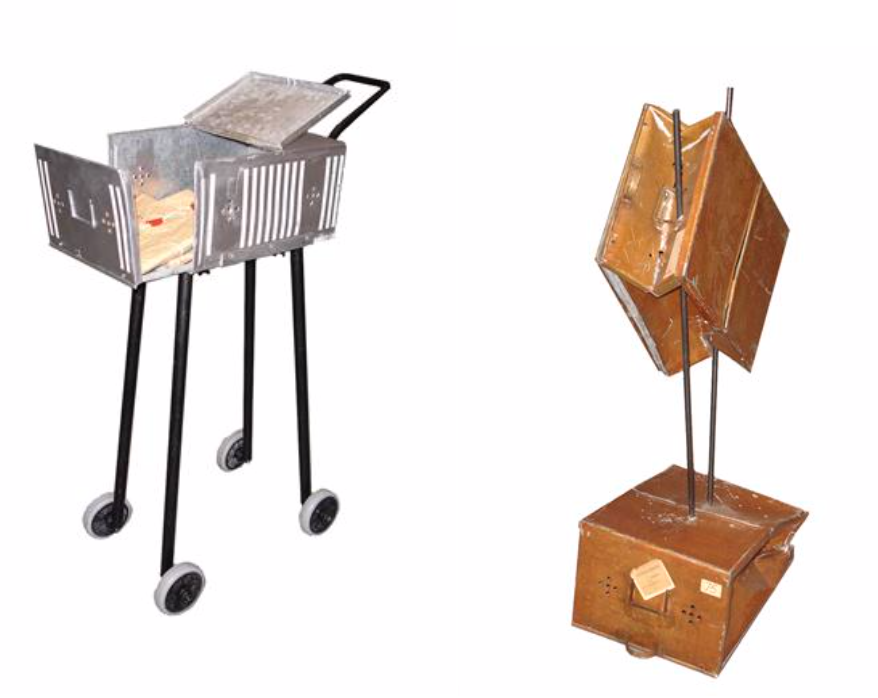 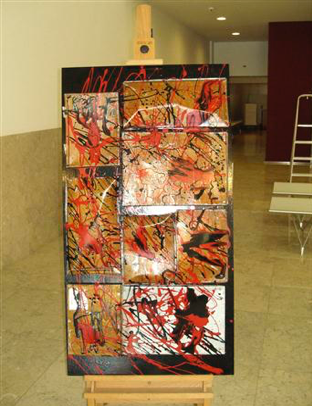 Figure 5. A tribute to dead and forgotten children 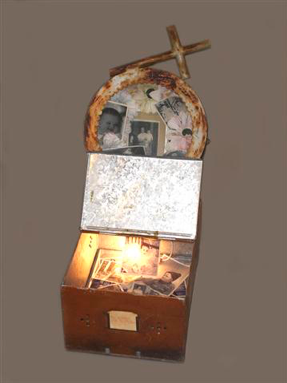 Figure 6. The Family Tree of Madeira 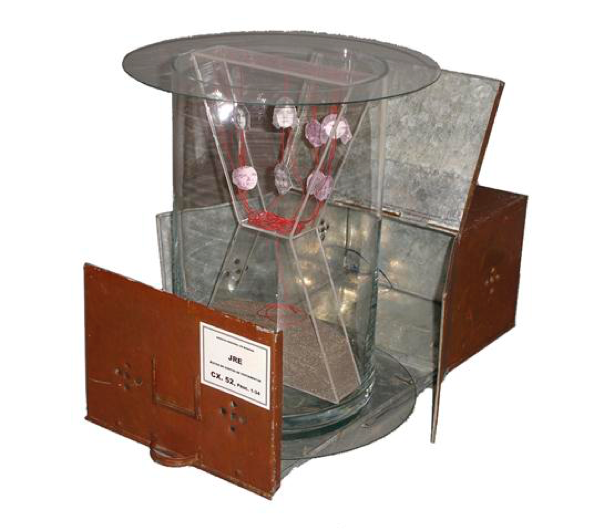 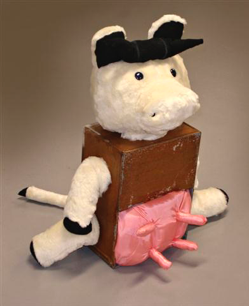 They were exhibited in the Regional Archive atrium in May 2007. At that time, students also participated at pedagogical activities with the purpose of promoting their works among the scholar community (elementary and secondary level of education). It is also important to emphasize that some students have registered as users, signed up to the newsletters and have also become “friends” of the Archive on Facebook.

Second Case Study – “The Regional Archive and the Arts”

In school year of 2010/2011 Madeira Regional Archives signed a partnership with the School of Arts in order to promote an activity named “The Regional Archive and the Arts”. In this project were developed two kinds of activities:

For the “The flour Rebellion”, the students of Performing Arts and Interpretation made research in the ARM’s from the Madeira’s historical events of 4th of April 1931. With the collaboration of their History teacher and by the coordinator of the mentioned course created a theatrical project with the given documents called “The flour rebellion” (Revolta da Farinha).

As part of the commemoration of the five hundred years of Funchal, school students were invited for the public presentation of the new editions of ARM about the five hundred years of Funchal (district capital of Madeira). Their participation included a reading and theatrical interpretation about the story “A job for José” from the juvenile notebook called “My council …. Funchal” (SANTOS, 2011, p.3).

Figure 8. The representation of “The Flour Rebellion” 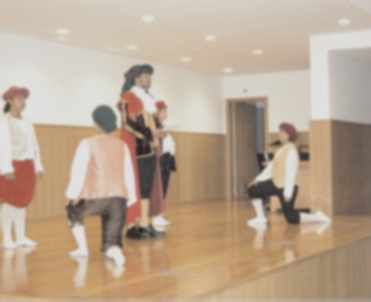 The play about the first Portuguese rebellion against the dictator António Oliveira Salazar was performed on 11th October 2010 in the ARM’s auditorium. It was seen by more than a hundred people from elementary and secondary schools. The invited public assisting the reading were researchers, teachers and unknown citizens.

Figure 9. The book “My Council… Funchal” and the Reading of story “A Job for José”
Project results 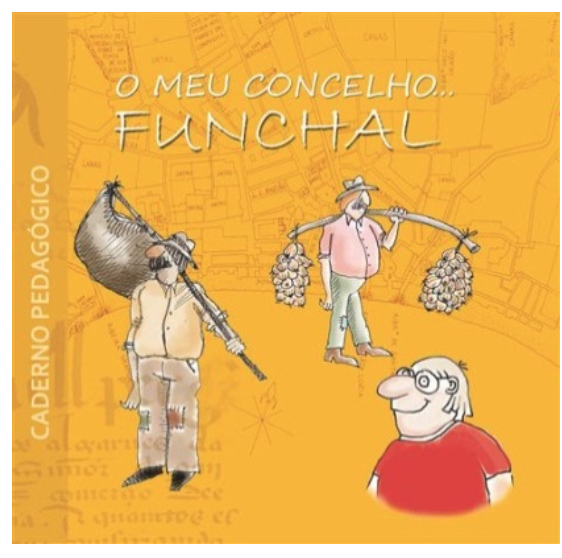 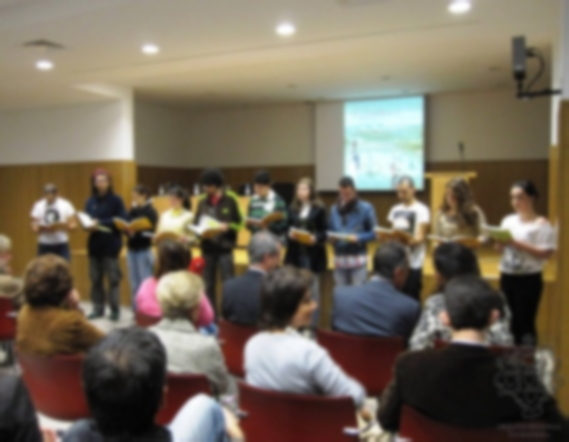 In conclusion we could say the connection between the Arts School, Archive and Community enrich the learning education of young local student and promotes the preservation of cultural heritage for new generations. As an outcome of all this work, we understand that, beyond promoting interchange and connections between Madeira Public Archives and the School of Arts, it has been possible to sensitize students and the public for the preservation and conservation of Madeira’s archival memory. 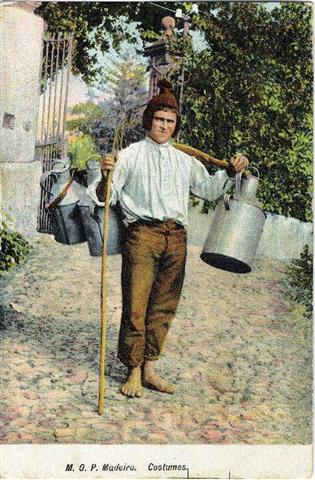 3.2. Target – Students from primary and elementary schools of Madeira

“One document, one history”, was a creative written contest made for primary and elementary schools of Madeira in partnership with the Project Baú de Leitura (Reading Arts) of Regional Education Authority of Madeira in 2013/2014 (Regulamento de escrita criativa, 2014).

The classes were invited to write a story, a letter or a poem based on one document safeguarded by the Regional Archive. In order to better understand what was said, several primary sources of great interest for the historical and cultural studies of the Atlantic Portuguese culture from the 15th until the 20th century were presented. For instance, written documents, postcards, photographs, extracts from newspaper and so on.

The written contest was the best way found to get youngsters involved in the pedagogical activity, from which more than 16 works were presented in May. The selection was made by the members of the Reading Ars and by me, as the archivist that selected the documents. The best works were presented to the society and school participants in a well-known library. 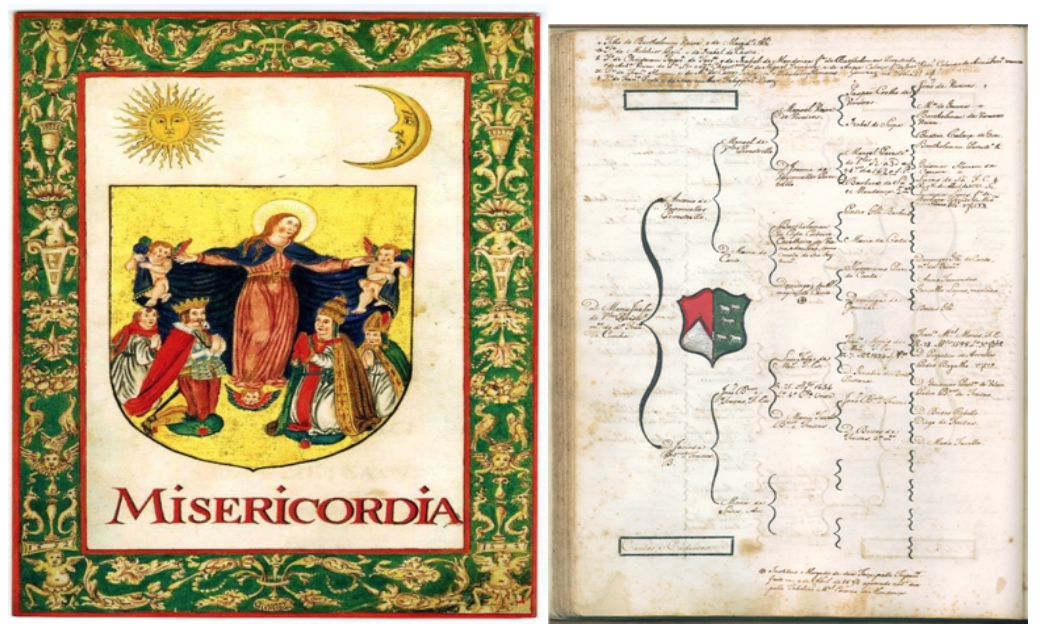 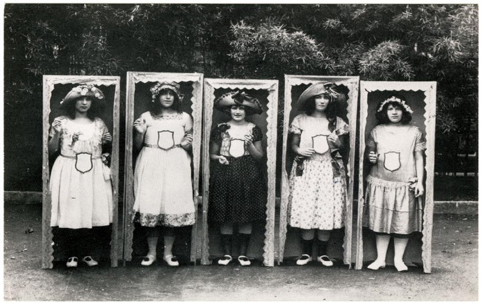 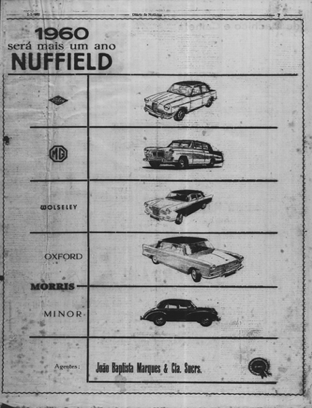 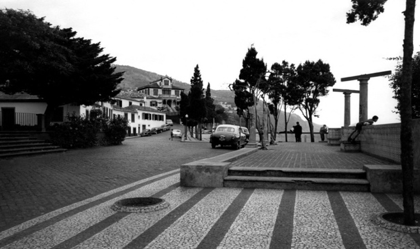 In conclusion, we must assume that information systems ­­– in this case, historical archives – can be enjoyed by all. Society needs to understand that archives not only safeguard and preserve its past memory but also that the establishment of partnerships is a way of cultural enrichment that promotes respect to our cultural heritage. In view of this, Madeira Regional Archive and Public Library  is trying to challenge its surrounding community in a particular way: for those who want to write a book or a play, to create music or even to paint, why not to get inspiration by watching and exploring the documental treasures an archive has to offer?

What do you think of these results?

INTERNATIONAL COUNCIL ON ARCHIVES. (2019). What are archives? Retrieved from https://www.ica.org/en/what-archive

Sofia Santos is an archivist at the Administração Regional de Saúde do Porto, I.P, a public health organization. Previously, she has worked two years at Casa do Infante (“House of Prince Henry, the Navigator”) at the City Hall of Oporto. In the Autonomous Region of Madeira, Funchal, she has also worked as professional of information and responsible for the Educational Service/Cultural Extension in the Regional Archive of Madeira (Portugal). Santos holds a PhD in “Retrospective Bibliography and Documentation in Humanities” (“Bibliografía y Documentación Retrospectiva en Humanidades”), by the University of Alcalá Madrid, Spain (2012). She was awarded the Certificate of Advanced Studies in the scope of the already mentioned PhD course (2009), and Post-Graduate in Documentation Science, Archive, at Universidade Autónoma, Lisbon, Portugal (2000/2002). Sofia Santos has also participated as invited lecturer at the University of Madeira, (Funchal, Portugal), teaching undergraduate courses (Level IV) in the technological area of Cultural Heritage. Additionally, she has written and published several articles about cultural and memory heritage.