Hotel Transit – On urban spaces, homes on the move and co-existence of communities

The framework of the project

“Hotel Transit – homes on the move” was a project exploring communities in transit and their relation to local urban space. It was conceived and organised in the framework of TANDEM Europe[1] cultural exchange programme between the organisation Ohi Paizoume/UrbanDig Project from Athens and Ideas Factory from Sofia (February 2016-January 2017).

“Hotel Transit” explored the socio-spatial versus the individual stories zooming into urban spaces of multiple notions of “transit” and “home” in times where perceptions of migration and transition redefine societies. For 15 months the two organisations worked together on a project building on the resilience of urban communities on the move, while trying to serve as a tool to influence advocacy by “humanizing” and “empathizing” policies and decision-making processes involving migrants and people in transit.

Both organisations are located in the Balkan region, which, being a “locus of transit”, is a home of contradictions, co-living habitat and EU’s Eastern “door” to migration flows. The organisations had worked with diverse communities on their local realities in the past, but the added value of the European programme allowed for a meta-reflection of sharing methodologies in two different localities. Therefore, two “local case-studies” were employed in the framework of the project: the Omonia square in Athens and the Women’s Market in Sofia.

In both local realities, the first step was exploration and understanding of the physical spaces. We wondered around involving different teams from the organisations’ members, but also visitors and other people interested through open calls. Sensory mapping, taking notes on how the space makes us feel, what kinds of interactions are encouraged and discovering the usual “users” of the space and talking to them were necessary before deciding what our intervention would consist in. Liaising with other organisations and people that are working around these spaces and bringing different expertise was also very important.

Omonia: what if we dream about it together?

Omonia square, the main square of Athens, was the focus of activity of the organisation Ohi Paizoume/UrbanDig project for a year and a half. A programme of research, artistic and place-making activities open to all was organised focusing on its diminishing public space and involving a community of artists, researchers, visitors and local users.

In the framework of the Tandem Europe project, the geographical canvas chosen was a small pedestrian street in Athens, Xouthou, few meters from Omonia square. The chosen space was an ideal “metaphor” of co-existence of different communities in contemporary cities. On one side of the street there was a hotel used as a temporary home for families from Afghanistan and Syria and managed by a humanitarian organisation. On the other side, there was an empty plot that the municipality was planning to use for a major building. However another group we worked with, Alternative Tours of Athens (ATA), had organised a participatory decision-making process involving local residents to decide on the future of the space. We proposed to these organisations to work together and to create a bridge between the two different worlds that are located at the different sides of the streets: the temporary residents and the local residents.

The first step consisted in organising a series of workshops with children of refugee and immigrant families hosted in the hotel. Easy as it might seem, it was a challenge in itself. How would we communicate with them? We worked with their interpreters, but still a lot of meanings were lost. We ended up trusting body language, music and painting to create something with them for three days. This step was however necessary in order to build trust.

The second step consisted in organising a public activity where the local residents and the refugee communities would interact and spend a day together. We also asked them to share their aspirations on the possible uses of the empty public space through a game. We again employed artistic means and used pantomime to give “life” to this empty space by imagining how it would be if it was a playground, a garden, a basketball field…. Migrant families mingled with locals and used the space accordingly – resulting in laughs and moments of connection and celebration. We hung “laundry” on the street to create a feeling of neighbourhoodness, of exposing something very intimate – our clothes and sheets – at the public space and reclaiming it.

At the end we even asked people to vote and decide what would be the best use of this space. One year later, we found out that, following the continuous efforts of our partner organisation ATA, the municipality decided to make the public space a garden. This was also the winning result of the pantomime game.

By giving a voice to migrants and refugees, the activity empowered them to become equal citizens and translate their motivations and aspirations beyond their “temporary” situation. The activity involved them in participative decision-making processes and connected individual aspirations to city policies.

The Women’s Market in Sofia is a gentrified old market hosting dense representations of Syrian, Kurdish, Turkish and Iraqi migrants and refugees who have established local shops and have made a new life beyond a temporary transition status. The Women’s Market has also been an urban space that has provoked conversations around municipal administration practices and urban plans for reconstruction paving the way to gentrification.

Walking around the Market and interacting with its communities revealed the wide spectrum of people that inhabit it. They all carry a home inside them that we asked them to reveal by sharing with us what would be the ingredients that they would use to describe and/or build their home. Food, emotions, people, objects were part of their answers. We re-shaped their stories into recipes that were then shared publically and gave food for thought allowing reflections on the concept of home – be it temporary or permanent. They were also shared during the Empatheast conference that took place a few days later in Vratsa organised by Ideas Factory.

The aim of the project proved quite ambitious. It was however a step towards drawing a meta-map of a “temporary home” collectively co-created, and helped explore the way different communities in transit experience home, neighbourhood, togetherness and interaction with local communities.

Such activities are important and urgent because understanding, documenting and giving voice to the issue of migrant communities and people in transit can help educate consciousness and revert prejudices. It also gives food for through to policy makers regarding the contribution of these people to the identity of different city spaces.

Some advice when working with communities in transit is that you need to be authentic. Our work is human and needs to be genuine. We need to strive for authentic connection. Building trust is the first step for people to open up. And trust needs to be both ways. From one side it consists in trusting on the resources that communities in transit carry with them and being humble. We are not the ones who possess knowledge but we build knowledge together. Making these people trust us consists in being authentic and accessible. It requires an open mind and an open heart. And the rest will follow.

The video of the activity in Athens can be found here: https://www.youtube.com/watch?v=Ouib5h5kGTc&t=224s

The video of applying a design-thinking methodology for devising the project can be found here: http://www.tandemforculture.org/stories/methods-in-action/ 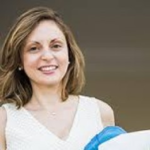 Matina Magkou is a cultural manager and researcher. She cooperates with cultural and civil society organisations on the international level on project management and consulting, training, editorial management and evaluation. She has worked for festivals in Greece, Spain and Qatar, for international theatre touring and for large scale events including the European Capital of Culture 2006, the Athens Olympic Games, the International EXPO Zaragoza and the Spanish Presidency of the EU. She is member of the Compendium team for Greece. She got her PhD from the University of Deusto with a thesis on the evaluation of cultural cooperation projects in the EuroArab region. She has delivered lectures on cultural management at the Media, Communication and Culture Faculty of Panteion University and at the University of Hildesheim.

[1] Tandem is a cultural collaboration programme that strengthens civil society in Europe and neighbouring regions co-created by the European Cultural Foundation and MitOst. More information at: http://www.tandemforculture.org/