Migrants and refugees are characters in other people’s stories. They are constantly used in media to play the role of the stranger or the threat. But while the far right rises all across Europe, heated by mainstream media and social networks spreading fake news and creating confusion; there’s a young generation of migrants and refugees that are pushing the glass ceiling to enter the public sphere, willing to start democratizing and diversifying the contents that are spread through newspapers, TV channels, radio or social media. Citizens, journalists, media makers who already have their own voices represented in media need to step aside to open the path to this new generation that will help build a better Europe. Displaced in Media is a transnational project aiming to help build this path.

Displaced in Media is a project funded by an Erasmus+ grant. It is coordinated by the European Cultural Foundation, and the partners are Fanzingo (Sweden), Kursiv (Croatia), Les Têtes de l’Art (France), Creative Initiatives “ę” (Poland), MODE Istanbul (Turkey), British Film Institute (UK), We Are Here (Netherlands) and ZEMOS98 (Spain).

As a sort of continuation for the already finished Remapping Europe project, organized by some of these partners, Displaced in Media plans a multilayered campaign which acts in different scenarios and environments to effectively introduce some voices in the media landscape of the countries of Europe in which the project operates. This plan includes the following activities:

By this combined action plan, Displaced in Media is aiming to contribute to free the code of the societies in which we all live together, so that everyone can hack them in order to adapt the conditions of the spaces to their own needs.

Who can talk on behalf of Europe?

There are reminiscences of a past of violent repression everywhere in Europe if you know how to find the traces. Actually, this repression is still going on by other means. But, how did the enlightened Europe find the legitimacy to exploit the colonies without having the feeling of betraying its great values? Firstly, Europe displayed its epistemic power in order to be able to justify the subalternity of the people. By considering that the rational knowledge was at the top of the mankind’s experience, nations in Europe found a good excuse to occupy Africa. An excluding cultural perception was used to impose violence over colonized peoples in order to find the legitimacy to expropriate the natural resources the continent has. As the postcolonial researcher Ramón Grosfoguel puts it, the modern European power has been changing its alibi over the years. It has gone from the “convert to Christianity or I’ll kill you” in the 16th century, to “civilize or I’ll kill you” in the 18th and 19th centuries, to “democratize or I’ll kill you” in the 20th century. This colonial power found different cultural strategies to draw a geopolitical map according to its economic needs over the centuries. In this 21st century, national borders are not able anymore to hold the need of intercultural exchange, and more and more mainstream media are being turned into war machines against this.

Tearing down the “waiting room of history”

Power cannot be performed without the promise of a final liberation. When the subaltern peoples got colonized, they were promised to be freed after adopting the uses, knowledge, economical order and culture of the colonizer, after getting rid of their primitive savageness. But this final liberation, of course, never came. This experience of a constant delayed freedom was shaped by the Indian researcher Dipesh Chakrabarty (2000) in the form of a “waiting room of history”. The subaltern peoples are locked in the waiting room, a place where they cannot take the responsibility for their actions, a place where they stay to learn the culture, disciplines and History of Europe as a road map to get their own liberation, a place where they stay just to forget their own ways of living. Chakrabarty uses this metaphor to portray the colonized countries. But in a postcolonial world, waiting rooms still prosper in the outskirts of European cities. The self-proclaimed European cultural hegemony agonizes in media narratives that criminalize the unknown while collectives, organizations and initiatives all across Europe work together to tear down the waiting room.

An infrastructure for a culture of participation

Tearing down the waiting room implies, among other things, putting upside down the stories that mainstream media are portraying in a daily basis with all its fake news and misinformation. The power of social media has shown us that xenophobic messages can be combated by introducing new images and ideas into European imageries. This is already happening in certain spaces, but the scale in which these narratives operate is important.

Following the intuition that we are stronger when we are together, the Displaced in Media coordination group gathered in Amsterdam together with surrounding communities. The aim was to co-develop an infrastructure for mutual support between transnational initiatives devoted to include the voices of young migrant and refugees in European public spaces. During a five day workshop, we shared experiences, knowledge, feelings, stories, vulnerabilities, strategies and not few coffees. There is no community without affections; there is no infrastructure without communities.  Thus, stretching the bonds with each other was the trigger of this new European infrastructure that Displaced in Media aimed to create. The principles underlying the infrastructure are:

These values lay the ground for this community of practice. On the one hand, it wants to strengthen the links between existing practices; on the other hand, its aim is to provide a general frame for media literacy among young migrant and refugees to let them portray their own views and reclaim the public sphere that belongs to them.

A shared methodology for “hacking the veil”

Media narratives have always hidden those realities not considered hegemonic by showing to the point of exhaustion those considered standard; media has condensed a landscape in front of the eyes of the audiences to the point of not being able to observe reality on its own. That’s what Abu Ali defined as a “veil” that couldn’t be completely erased during the project Remapping Europe.

Displaced in Media assumes that if we are against this underexposure of those in the margins, we need to push for what Silvia Rivera Cusicanqui (2015) framed as a “sociology of the images”, a discipline that is able to unveil all the secret meanings that are transferred through the images to shape order and power in societies. Thus, “hacking the veil” implies an ongoing process of media literacy to decipher the constantly changing meanings hidden in media. Fake news is just the most sophisticated stage of a process that has been going on for the last decades, and as so, we have to be able to watch it carefully to combat it.

The encounter that took place in Amsterdam helped to co-design the main guidelines of a shared methodology whose aim is to hack the veil by observing the flaws of the media landscape and introducing in them (the virus of) contents created by young migrants and refugees. This methodology provides a framework for the hubs – incorporating certain agreed values, ideas and strategies – that has been tested in the different national contexts during 2017. It will be amended in an encounter organized by the British Film Institute that will take place during 2018 in the UK. The main intuitions aroused from the process of outlining the methodology are:

Challenges: a new space for exchange

Displaced in Media is about changing the way we look at things, about learning skills to improve our critical perspective on the media contents we consume, about producing media that help us tear down those walls built around and within Europe, and about making it collectively.

Displaced in Media is an ongoing process that, according to the Erasmus+ schedule, will end in mid-2018. Its greatest challenge is to emancipate itself as a community of practice and continue after the funding stops. In order to get to a good end in relation to this, it is quite important that this infrastructure finds its own way to grow with initiatives and collectives working towards the transformation of journalism and media all across Europe.

At the end of the day, Displaced in Media is about changing the way we look at things, about learning skills to improve our critical perspective on the media contents we consume, about producing media that help us tear down those walls built around and within Europe, and about making it collectively.

Displaced in Media fosters a collective intelligence that is able to regulate its own mechanisms of functioning in order to be able to create spaces free of oppressions and violence when working with audio-visual tools. If, at the end of this process, Displaced in Media only gets the attention of local NGOs or middle class initiatives, we will not have got to the point we wanted at the beginning.

Audio-visual languages are powerful tools for social transformation, what is explained through images cannot be expressed in any other way. But, at the same time, the media environment is so loaded that making contents leak into the mainstream is a complex challenge. This community of practice set as a goal to establish relations with major newspapers, radios and TV channels throughout Europe that are already working towards the inclusion of refugees and migrants in the media stream. But we cannot think just in terms of producing contents for those who already are convinced of the messages we may send.

If Europe were a house, Displaced in Media would be a radical movement that reclaims the possibility of changing its architecture by using storytelling tools that shift the way we narrate each other. We are convinced that a change in the media landscape will change the politics of inclusion of refugees and migrants on a European scale. Democratizing media is democratizing democracies.

SANTOS, B. de S. (2014) Epistelomogies of the South: Justice Against Epistemicide. London: Routledge. 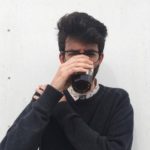 Lucas Tello (Sevilla, Spain) is member of ZEMOS98, a cultural initiative which researches on free culture, social innovation, the commons, new media and informal education. ZEMOS98 has recently coordinated a European project, within the framework of the Doc Next Network, titled “Radical Democracy: Reclaiming the Commons”. Its aim was to foster, through media, some social struggles related to the commons in the UK, Turkey, Poland and Spain. Lucas is also a media maker working on the commons, migrations and political cinema.