Could you please tell us more about your personal and professional parcours? How did you arrive in London and why?

I am originally from Argentina, where I did my undergraduate studies in Cultural Sociology at the Universidad de Buenos Aires for six years. Then, inspired by the story of my uncles and cousin, all sociologists who had done postgraduate courses in Canada, I (together with my partner at the time, also a sociologist) decided to try our luck in the UK. The London School of Economics (LSE) offered me a scholarship to do a MSc in Culture and Society and I accepted it – this was my very first time in Europe, so I came, scared as I was! At the LSE I conducted my first piece of research into urban sociology – a thesis on the role of culture in shaping city branding in Buenos Aires. After a great experience, I applied for a PhD at the LSE and also started working at an urban regeneration research consultancy in London, having previously worked for London museums. Thanks to the LSE’s financial support, I managed to complete my PhD (2007-2012) with the supervision of Professor Paul Gilroy. I wrote a thesis on the politics of culture-led urban regeneration, looking at issues of cultural policy, memory and urban space, by engaging with the past, present and future of a listed post office building in Buenos Aires, which became a multi-arts centre. During those years, I also taught at LSE and City, University of London, where I joined as a research officer working on a project called “Researching London’s Cultural and Creative Industries”.

After surviving the PhD experience, I submitted a research proposal to an international competition organised by the Urban Studies Foundation. And it won one of their great three-year Postdoctoral Research Fellowships! So I re-joined City’s Centre for Culture & the Creative Industries, working with Professor Andy Pratt on creative cities in the global South. Once the fellowship ended, I was offered a permanent post at Goldsmiths’ Institute for Creative and Cultural Entrepreneurship. So a long story short, I came to the UK initially for one year, but ended up staying 10.

Could you please present to our readers the British Academy’s Rising Start Engagement Award? How was this scheme useful for your professional development?

This is a new scheme developed by the British Academy that seeks to support early-career academics by helping them establish new contacts, expand academic networks and get experience in organising engagement events, partnerships and collaborations. I prepared a proposal called “Urban Cultural Policy and Creativity: A Platform for Creative City Exchanges between Policy and Academic Communities” with the aim of bringing the academic debate on creative cities to engage with the international cultural policy development community, and it was selected to receive financial support to organise the events. I wanted to create a platform to move the focus of policies and debates on urban creativity beyond the usual economic perspective so as to make it more socially relevant, that is, to engage with issues of cultural labour exploitation and precariousness, gentrification and inequality. So running through the seminar sessions and public panel was a concern with how creative cities could be made more just and less unequal, a preoccupation with the social foundations of creativity in cities.

Obtaining a BARSEA award was a fantastic opportunity to expand my academic and policy networks, exchanging ideas for potential future collaborations, deepening contacts and establishing new ones.

It was an effective way of bringing together established scholars from the global North with renowned academic and practitioners from Latin America and Africa, as well as early-career researchers and European cultural development agencies, such as British Council, Goethe-Institut, ENCATC, the Danish Cultural Institute, the GLA and the UK Delegation for UNESCO. An ambitious initiative. The result was the curation of a very unusual and exciting space to have a critical debate about culture, creativity, cities and inequality.

You have efficiently prepared this event in London last 5-6 of September, what have you learnt from that experience and what did you want to achieve as a concrete outcome from this high level gathering?

I hope that we can continue brainstorming to create more opportunities for international collaboration, engaging policy, academic research and practice.

The experience of organising these engagement events was fantastic. First piece of learning was that while these events are really worth doing, they are incredibly time-consuming so it’s better to do them collaboratively. It involved sending countless emails, asking colleagues for recommendations and ideas, finding out about rooms availability at the university, liaising with a travel agency, booking flights and hotel rooms, getting all approvals for each item of expenditure, booking catering and taxis, working with the marketing team, engaging potential participants, setting up a partnership with the British Council, preparing a detailed programme for the events, promoting them, deciding on the topics, allocating slots to speakers, circulating a call for papers for early career researchers, post-events accounting… and the list goes on.

I also learnt that participants were absolutely excited to be part of the engagement events, which suggests that we need to have more opportunities of this kind. Being able to discuss, for instance, culture-led urban gentrification with experts from around the world… a professor of Sociology from Argentina, a cultural practitioner from Mali, an economist and policymaker from Brazil, a policy officer from the Greater London Authority, PhD students, UK-based professors, consultants and co-operative representatives, among others, all seated in the same room, was exceptionally stimulating. You get the chance to hear so many different views and perspectives, it’s very enriching. A unique learning opportunity.

I hope that we can continue brainstorming to create more opportunities for international collaboration, engaging policy, academic research and practice, and that 2017 will bring us together again, perhaps in a global South location, exchanging ideas about how to research, engage with and better design cultural policies to support artists and cultural producers, in more inclusive, accessible and affordable cities. 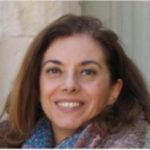 As Secretary General of ENCATC, GiannaLia Cogliandro Beyens is responsible for the overall performance of the organization, working with all staff to ensure inter-departmental coordination to accomplish the organization’s strategic plan as established by the ENCATC Board. She works to implement the innovative and ambitious programming, planning and operational tools and policies to advance the organization’s mission and goals. She is also responsible to advocate for, and communicate the interests of the organisation at the International and European level to key stakeholders. GiannaLia joined ENCATC in 2004. She is Italian and she holds a degree on holds a Degree in Political Sciences – International relations, an M.A. in European & International Career Studies and an M.A. in European Constitution.