In Croatia and Serbia, over the last years, tendencies have developed towards the creation of new cultural concepts and new types of cultural institutions.

Higher educational programs reproduce knowledge and skills that are not only of the main interest for students and their future professions, but which are also important for the strategic development of the arts and culture. The issue of education for professional work in the field of culture is also within the scope of broader themes, such as working conditions in the cultural field, which are not systematically researched in the context of Southeastern Europe. So, education for professional work in culture remains here in the shadow of other systemic problems of the sector – from infrastructural issues to the question of financing. In which way are models of higher education in culture related to the needs of organisational transformation of culture in new political, economic and legislative circumstances in Southeastern Europe? Different educational models in culture are addressing different issues of the cultural system and society in general. Following the examples of three institutions for higher education in culture in Croatia and Serbia we can see the relations between educational models in the field of culture and the challenges that cultural development faces.

Both the Croatian and Serbian cultural models can be described as cultural models of countries in transition. It is important to say that the ex-Yugoslavian states – after the war in the 1990s – did not undergo identical periods of transition. When we talk about the preservation and transformation of cultural systems, several layers can be addressed:

Over the last years, tendencies have developed towards the creation of new cultural concepts and new types of cultural institutions. The aim of new cultural models is to overcome the existing imbalance and imposed differences between cultural policies such as those aimed at preservation of national identities in relation to alternative cultural practices.

As a result of cultural disintegration, there is a lack of systematic knowledge about issues like working conditions in the cultural field or infrastructural needs, among others. Cultural organisational models vary, so there is no coherent idea about the quality and quantity of knowledge required to meet the highly stratified range of occupations in the cultural sector (production, marketing, protection of cultural heritage, project or festival management, cultural administrator, etc.). Therefore, processes of acquiring knowledge within educational institutions are formalized in different ways.

The Department of Cultural Studies at the University of Rijeka, founded in 2004, is the first department of this kind in Croatia. Their BA and MA programs focus on applying critical and often “antidisciplinary” approaches in order to engage students in broad areas of culture. The academic field of Cultural Studies, developed in the 20th century, claim to be the “engine” of the interdisciplinary and critical spirit. Cultural Studies are the meeting point of disciplines that were earlier on the margins of academic research: gender, popular culture and other studies. There were certain idealistic expectations in media when Department of Cultural Studies were first founded in Croatia: before the economic crisis led to greater unemployment in the country (especially youth unemployment), some pointed that its programs will produce young educated professionals who will take the leading roles in the field of cultural policy, cultural governance, media and the public sphere. However, these programs are focused on discursive knowledge and theory of culture, rather than on infrastructural logic and organisational aspects of the cultural system.

Culture management and production at the Zagreb School of Economics and Management is a private BA program designed to train future cultural entrepreneurs. This program aims to connect students in culture management and production with the culture market. The spreading of the idea of cultural management is generally considered as a reaction to the crisis of the organizational aspects of the cultural field. The manifestation of this crisis in Croatian cultural field can be found in the destruction of heritage and cultural infrastructure; the reduction of participation in cultural activities (for example, lack of interest for cinema or publishing); the lack of cooperation between public, private and civil sectors in the field of arts and culture; the lack of international cooperation and so on. The notion of cultural management tried to give theoretical corpus of knowledge that could be used for the governance of cultural institutions and that could combine the theory of management and organisational logic with the sociology of culture, cultural policies and the economy of culture, areas that were not part of curriculums of university programs yet (Dragojevic & Dragicevic Sesic, 2008). Known by its name and slogan “Culture means business”, the Zagreb School of Economics and Management program aims to connect students in culture management and production with neither existing, nor stable market.

UNESCO Chair in Cultural Policy and Management is an MA programme in Belgrade in which cultural policies meet management of development, cultural and art programs under the principle of cultural pluralism within the Balkan countries. This model, internationally acclaimed and accredited by the University Lumière Lyon 2, examines the role of interculturalism and cultural mediation  in the Balkans. Putting emphasis on international relations, students are dealing with topics such as strategic management, cultural rights, cultural heritage and so on. It can be consider as an application of intercultural discourse with goals and programs specially designed for the context of the Balkan region.

The question remains as to which model of cultural education could be of strategic importance for the development of new models of sustainable and participatory public culture in such societies.

As long as there is a conflict between ideological, national, religious and ethnic values, truly new models and concepts cannot be created in these states. Meanwhile, cultural policies of transitional countries are still dependent on previously existing models and infrastructure and are facing with number of unfavourable circumstances: the instability of national politics, problematic economic relations, an exaggerated notion of market without really developed relations between the actors of the so-called market, national and religious censorship, and so on (Dragicevic Sesic & Stojkovic, 2013).

All the programs mentioned above have their set of goals and methods to respond to different set of problems within the cultural system. Students receive different sets of tools for their future jobs: from abstract thinking, such as understanding the wider social dimension of culture, to practical set of skills required for management positions. In the absence of strategic documents for national culture development, the question remains as to which model of cultural education could be of strategic importance for the development of new models of sustainable and participatory public culture in such societies.

ABRAMOVIC, A. (2016) The Stratification of culture field. Available at: http://www.kulturpunkt.hr/content/raslojena-poimanja-kulture

ZUVELA, A. (2016) Made to Measure? Practices and tendencies of cultural education in Croatia. Zagreb: Zaklada “Kultura nova”. 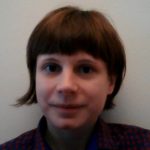 Ana Abramović is a program coordinator at Clubture network in Zagreb, Croatia. She also writes on cultural policy for the online independent portal kulturpunkt.hr

Header image: Zagreb Museum of Contemporary Arts by JasonParis on Flickr// CC BY 2.0