Festivalization of fantasy culture and the growing phenomenon of comic-cons: Lucca Comics & Games

Festivals are a multifaceted cultural phenomenon reflecting an active cultural process and encountered in virtually all human cultures. While their history, particularly of festive events and behavior, dates back to the antiquity, the striking point is that their number, variety, scale and impacts have been drastically increasing over the last decades.

In the social sciences, the meaning of “festival” covers a distinct variety of events, such as sacred and profane, private and public, celebrating traditions and introducing innovation. “Social function and symbolic meaning of the festival are closely related to a series of overt values that the community recognizes as essential to its ideology and worldview, to its social identity, its historical continuity, and to its physical survival, which is ultimately what festival celebrates” (Falassi, 1987, p. 2). Subsequently, they are diffused in different segments of the society as sites for the performance and critique of lifestyle and identity along with cultural politics, as vehicles for the mobilization and integration of local and global communities, and as spatio-temporal events that inspire and determine meaning in people’s lives (Bennett et al., 2014). In this regard, they also construct and support their own communities and related lifestyle narratives. Thus, festivals are no longer temporary events, but instead their impacts expand over a much longer time frame since they serve as platforms where participants consume, experience and produce culture.

As a consequence of such intense cultural production and consumption, socioeconomic impacts of festivals are manifold. “More than any other cultural phenomenon, festivals come closest to fulfilling the function which culture provides in contemporary society as they are able to accomplish the threefold goal of attracting intense expenditure, forging a new urban image and acting as a driving force behind cultural creativity and social cohesion” (Del Barrio et al., 2012, p. 243). On the other hand, in addition to the wide-range impacts that festivals entail, the events themselves have also been going through an evolution with emerging forms of alternative cultural production and consumption patterns. As a fascinating example, festivals that are dedicated to fantasy culture along with literature, games, comics, cinema and their transmedial convergences have been growing in number in many countries. Additionally, such a typology of festivals embodies highly intertwined cultural, artistic and commercial aspects with strong links to the cultural industry as well as related forms of lifestyle narratives. As a distinct type of such festivals, comic-cons appear as a growing phenomenon, not only as an entertainment spectacle with very high economic impacts but also as a laboratory of intense cultural and artistic production, in which the global future of media is also unspooling in real time (Salkowitz, 2012).

The history of the Lucca Comics & Games (LC&G) dates back to 1966. Originally organized as the “Salone Internazionale del Fumetto”, today LC&G became the biggest cultural and commercial event dedicated to fantasy culture and related forms of lifestyle narratives in Italy and in Europe, bringing more than 400.000 visitors to the historic city of Lucca in Tuscany. Such a high number of audience can be explained by the fact that the festival unites diverse forms of cultural productions, including mainstream, niche and alternative, with strong commercial ties, and becomes particularly important considering that the population of Lucca is around 90.000, that is barely a quarter of the LC&G crowd. 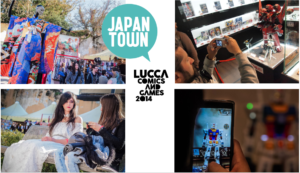 LC&G is organized at the end of October and it lasts for four days. The event program is complex with six main themes that are dispersed all around the city, in an area of more than 40.000 m2. The program embodies diverse elements that are not only limited to comics and games but which go much beyond. For instance, cosplayers naturally became an indispensable component and, together with role-playing games and special events, like the activities of Star Wars: Episode vii – The Force Awakens before its premier in Italy and Dungeons & Dragons settings in the historic walls, turn the whole historic centre of Lucca into a scenery. During the festival, LC&G audience visit the booths of around 600 exhibitors and stroll around the streets while attending exhibitions, workshops, seminars, tournaments and taking photos with the cosplayers mainly around the famous city walls. But what are the key elements behind the success of LC&G?

The location provides a unique setting for the festival and the reciprocal relation between the city of Lucca and LC&G in building an identity is undeniably decisive.

Initially, the event history and visionary organizational structure can be mentioned as the main factors driving today’s success. Over the last 50 years, the festival has been going through fundamental changes to preserve its essential values and traditions, to keep up with the dynamic structure and fast changes in the industry, and to balance the demands with the business pressures through learning from mistakes. In this regard, it can be considered as a public governance success story. At the beginning, the management of the festival was outsourced by the Municipality of Lucca through an agreement with a private company. However, with the drastic increase of the industry and the subsequent growth of the event, the need for a permanent and autonomous management structure became apparent and the Municipality of Lucca decided to establish a private limited company: Lucca Comics & Games Srl, under Lucca Holding S.p.A, which is a particular organizational structure managing municipal investments[1]. After this decision, the festival started to progressively assume its current peculiarities: the city-centre of Lucca as a protagonist setting, the broadening of thematic focus with the introduction of games and the leaning towards a broader environment, a more specifically addressed commercial nature beside the cultural one, and a jurisdictional independence with the creation of Lucca Comics & Games Srl[2]. The LC&G initiative of public governance proved its exceptional success through becoming a completely self-sustained structure, as well as providing additional income and a significant contribution to the Municipality in services like garbage collection, use of public soil, emergency health care and eventual remediation.

As another fundamental characteristic, the location provides a unique setting for the festival and the reciprocal relation between the city of Lucca and LC&G in building an identity is undeniably decisive. The merger of the historic texture of the city with the fantasy world is one of the main pillars of LC&G and enriches the festival experience for all types of participants. From an economic perspective, LC&G provides a high economic flow not only for local providers but also for different types of businesses and professionals operating within the event’s scope, from the biggest global companies to small entrepreneurs and individual artists. Additionally, the timing of the event expands the season for Lucca and the wider region to October, since LC&G brings along a significant income for hotels, restaurants and shops with the high number of participants out of the high tourist season.

Additionally, there is a growing need for platforms such as LC&G with the increasing demand for fantasy culture and its growing production. As a striking example, only 3% of the ticketed audience was coming from outside Italy during the 2014 edition. Considering the growth of the related industries at the global level, the expansion of the event is not surprising even with a dependence on the audience at the national level. Nevertheless, such a relentless growth also poses many challenges for LC&G. Primarily, the organization becomes much more complex from an operational point of view and it becomes more difficult to meet the needs and expectations of all types of participants and partners. There might also be some concerns about the increasing prominence of the commercial aspects, since it might overshadow the traditional and cultural values of the event. Furthermore, there is the need to keep the immense growth of LC&G audience under control to maintain the harmonious relation of the event with the city and the local residents.

LC&G management structure seems aware of such challenges and is trying to develop some solutions. For instance, a daily quota for the ticket sales was introduced during the last years’ edition and the results demonstrated the success in crowd management with the overall satisfaction of the attendees and the residents. As another novelty, “Collezionando”[3] was organized for the first time on 2-3 April 2016, which is more in line with the original exhibition-market (mostra-mercato) format dedicated to comics and more specifically addresses collectors and comics enthusiasts. Additionally, an academic study on the socio-economic impacts and opinions of the participants was initiated in 2015 to provide a concrete base for developing a road map for the future of LC&G.

LC&G provides a platform for manifestations of fantasy culture and its transmedial convergences along with alternative life style narratives. Furthermore, the organic relation with the city of Lucca and its historic texture enriches the festival experience as an indispensable part of the event’s identity. Nevertheless, the dynamic structure of this growing creative industry embodies also challenges along with opportunities and requires instant actions and dynamism also within the management structure. In this regard, LC&G can be considered as a successful example being a self-sustained public governance initiative. However, it is still questionable to what extent the drastic increase of the industry will last and how it will influence the morphology of the festivals dedicated to fantasy culture and comic-cons in the future.

BENNETT, A.; TAYLOR, J. and WOODWARD, I. (2014) The Festivalization of Culture. London, New York: Routledge.

FALASSI, A. (1987). Festival: Definition and morphology. In Falassi, A. (ed.) Time out of Time. Alburqueque: University of New Mexico Press. 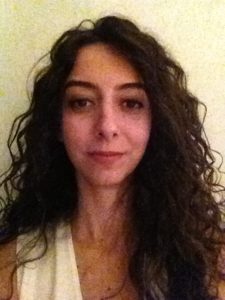 Yeşim Tonga joined the LYNX Center for the Interdisciplinary Analysis of Images research unit at IMT Lucca as a Post-Doctoral Research Fellow in December 2014. She obtained her PhD in Management and Development of Cultural Heritage (IMT Lucca, Italy) and holds a MA degree in Arts and Heritage: Policy, Management and Education (Maastricht University, the Netherlands) and a Bachelor’s degree in Economics (Bogazici University, Turkey). She has also worked in various cultural institutions, such as Europa Nostra Istanbul Office and the UNESCO World Heritage Centre. Her research interests cover investigating socio-economic impacts of temporary cultural events and analyzing institutionalization practices in the arts and culture field.