Doc Next Network: How expanded media education contributes to active citizenship and an inclusive public sphere

Citizenship is a mediated experience. Electing representatives, joining campaigns, supporting protests, understanding causes, rights and injustices informed by images, sounds and words delivered by screens both big and small. Being a citizen and acting as one happens through media. Democracy runs on screens.

In the context of our media saturated societies, media literacy education is an indispensable tool for the development of critical thinking skills. In the often challenging, confusing and contradictory media environment in which competing political, economic and ideological interests convene and collide, citizens need tools that facilitate and ensure their active civic participation.

The practice of Doc Next Network

Doc Next Network was initiated by the European Cultural Foundation in 2010. It brought together MODE Istanbul, ZEMOS98 (Seville), BFI Future Film (London) and Association of Creative Initiatives “ę” (Warsaw), who engage with media makers, activists, researchers, programmers, educators and innovators. The specific interest of Doc Next Network was in the use of media to express opinions, ideas, perspectives and reflections. The network contributed to a more inclusive public sphere, by identifying the voices that are less heard as a result of social, cultural, or political conditions, making sure that these voices are also brought forward.

What started as local activities of four organisations, has now transformed into one European methodology and practice, which includes:

Despite a growing acknowledgement of the importance of media literacy as a tool for progress, Doc Next Network feels the need to provide additional education to the formal educational systems in which media is playing a role (ranging from secondary schools to film academies and communications faculties for instance). We believe there is a lack of understanding of how digital media in this era is challenging old values and shaping new value systems.

Media in this D-I-Y era, in which technologies are accessible and sharing of information on the internet is common, has to be acknowledged, understood and regarded for its huge potential for the arts and creativity, for the public debate and opinion making, and for cultural studies and societal critique. Making young people media-skilled and media-critical is what is needed in our societies, to be able to represent another, alternative imagery of what living in Europe means. It will help build European citizenship.

Education has always been core to the methodology of Doc Next Network. Not just any old education, but the kind of education that is inseparably bound up with communication and that connects to and networks with other concepts such as audio-visuals, art and experimentation. Education as an element of on-going personal growth, that is not limited to one particular stage of life. Education as play, a way of unravelling the media theatre. Education as an open source operating system that turns us into critical citizens. Education as a game played by all individuals, from all eras. Education as a utopia for a culture-sharing society (Zemos98, 2013, p. 36-37).

Remix as method to re-view, re-investigate and re-consider

Expanded education is about transforming society, re-thinking relational systems, questioning mass communication paradigms, and constantly experimenting with formats and methodologies for training and education. One of the formats Doc Next Network has been experimenting with is the application of the concept of Remix.

“Remapping Europe – a Remix project” (2012-2014) was an investigative artistic project that contributed to an inclusive cultural practice and public imagery in and of Europe by connecting young creative media-makers who have migrant perspectives from Spain, Poland, Turkey, and the UK to wider European intergenerational audiences. Remixing was seen as a strategy through which to reconfigure our self-representation as citizens and producers of meaning: to deconstruct a discourse, analyse its parts, its ideology and its message, and then put it back together using creativity, insight, irony, satire, humour or parody in order to reconstruct a narrative that can decipher the “hidden curriculum”. And that will allow us to understand the world, and the audiovisual inputs that will inexorably continue to affect us, in a way that is more participatory, active, critical and alert.

This idea of the remix makes us see things with a certain positive, proactive scepticism, which in turn leads us to critical culture and encourages us to turn our backs once and for all on the role of the selfless spectator, the obedient citizen or the acquiescent user: to decipher hidden, subliminal messages that are invisible to an eye saturated (and “educated” from a very young age) by images that are impossible to translate without at least a modicum of literacy. In this sense, this is precisely what remix is: a form of contemporary literacy, a dictionary of cultural and political translation; certainly one of the goals of expanded media education (Díaz, 2013, p. 57).

Doc Next Network applied the concept of Remix in Ateliers where young people with migrant background created digital stories by remixing footage from European media and film archives, such as adverts, movies, documentaries, TV and radio reportages on the topic of immigration. The new remixed digital stories revealed their local and personal perspectives on migration. In a parallel process, five young media artists went on an individual journey, investigating the traces of their families and cultures, collecting audio-visual souvenirs and also leaving them behind. The result has been a combination of live cinema and remix that can truly contribute to deconstruct and challenge our social and cultural European imaginaries. This expedition is deeply influenced by the hegemonic media landscape and pop culture that we silently consume in our daily life: music videos, commercials, advertisements, TV news (Watson & Paulissen, 2014, p. 29).

The two processes described above were the main source for a research resulting in the publication Remixing Europe – Migrants, Media, Representation, Imagery. Four Individual case studies of recent media incidents provide the starting points for an analysis of country-specific, cultural and historical contexts that influence public perception of migrants and migration. The imagery of migrants in European media gets unveiled.

In the run up to the elections to the European Parliament in 2014 Doc Next Network announced a media challenge which invited film and media makers from across Europe to make videos proposing ways to improve democracy. An analysis of the more than 200 submitted videos helped Doc Next identifying four cases in which active citizens are reclaiming what belongs to the community. There was a need to highlight these cases of local activist groups who are proposing radical changes in the way society participates in common spaces.

In interdisciplinary Media Labs, activists, researchers, educators and media makers collaborated in producing socially engaged media with a lasting impact on public debates. Through a process of media education, we increased the visibility of local struggles and maximised their social impact. This impact was achieved through local advocacy events and a media showcase in the European Parliament, where the local cases were brought to a European level and policy makers were debating what they could do to improve democracy and facilitate an ecosystem in which the commons can be reclaimed and governed by citizens.

The European Cultural Foundation is currently exploring a new and extended model for collaboration with activists, NGOs, media platforms and other foundations. Based on the achievements of Doc Next Network and others, these actors have the ambition to develop a sustainable and participatory platform for media activism together. The platform should act as an intermediary between the activist field and mainstream media, and aims to include the activist voices into the public discourse. This overall aim can only be achieved if it is supported by expanded media education, as it equips citizens to become equal contributors to the public sphere.

There is an organic connection between communication, education and democracy, as a democracy is meaningless without multiple voices. It is impossible to talk about citizenship in modern society without reference to mass communication. Expanded media education increases citizens’ information access, critical thinking and communication skills. It also informs them about how media functions in a democracy, and how it can manipulate us. But most of all it enables people contribute to the public sphere with opinions, ideas, perspectives and reflections and participate in policy decision-making at the community, national or European level.

The trend towards increased centralization of ownership of mass media and technology industries promotes an “illusion of diversity” that limits people’s access to ideas which are different from their own. Doc Next Network facilitates an infrastructure in which expanded media education, grass-root networking and connecting citizen’s voices to the mainstream media and policy making field strengthen each other. These practices contribute to more open, inclusive and democratic societies in Europe. 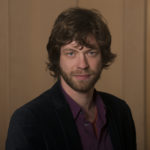 Menno Weijs (1981, Netherlands) graduated in 2006 in History and Journalism at Groningen University and has worked since then in the field of cultural exchange, non-formal education and media. Currently he is Programme Officer at the European Cultural Foundation (ECF) and takes care of the daily coordination of Doc Next Network. The ECF has been a staunch supporter of culture since 1954, determined by the belief that culture is what shapes ways of living together and strengthens bonds of solidarity in and beyond Europe. It can help to bridge divides and connect people on a fundamental level. It is therefore ECF’s mission to enable people to express themselves on contemporary challenges, to connect them across borders and to help amplify their message, in order to create a more open and inclusive Europe.