Put the Lights On, please – We want to experience the past!

Put the Lights On, Please – We Want to Experience the Past!

In this article, I will give you a brief introduction to an international cultural project, the aim of which is to create new service models by combining cultural heritage management and cultural tourism together.

“Experience economy” is the key term to understand what is happening in our culture today. In his classic book on experience society in the early 90’s, Gerhard Schulze already pointed out the shift from a passive service economy to a new commodity culture, where customers are actively transforming products to feed their own sense of consumption. Customers are, so to speak, co-creating or co-producing products together with producers to gain an ultimate experience of a product. Today, experience economy is best understood as a business model where the value of a product is based on its ability to offer memorable events for the customer. You could say that memory itself has become a product. People are looking for new experiences, and the way these experiences or “memories” are produced, has an effect on the evaluation process of the product. In this kind of process, where the customer experiences and its management are crucial, the interaction and emotional ties between the players are at the center.

Already in “Future Shock”, by Alvin Toffler (1970), experience economy appears as an alternative and new way to cope with the opposites of communism and capitalism.  In later works by other writers, magical links between product, services and emotional experiences were stressed even more. A highlight of this kind of debate appears in 1999 in Joseph Pine’s and James H. Gilmore’s The Experience Economy, where the term was coined into the business-philosophical discussion. Experience economy has been a well-defined and much used approach, especially in tourism and leisure studies, also before Pine’s and Gilmore’s thesis. This is easy to understand, while the idea of co-producing or co-creation and the interaction of consumers and producers in service marketing and management appears as a self-evident fact. Of course, this doesn’t mean that it has been used in an efficient way in activities and establishing innovative marketing tools to develop the field.

Lights On! – The Project 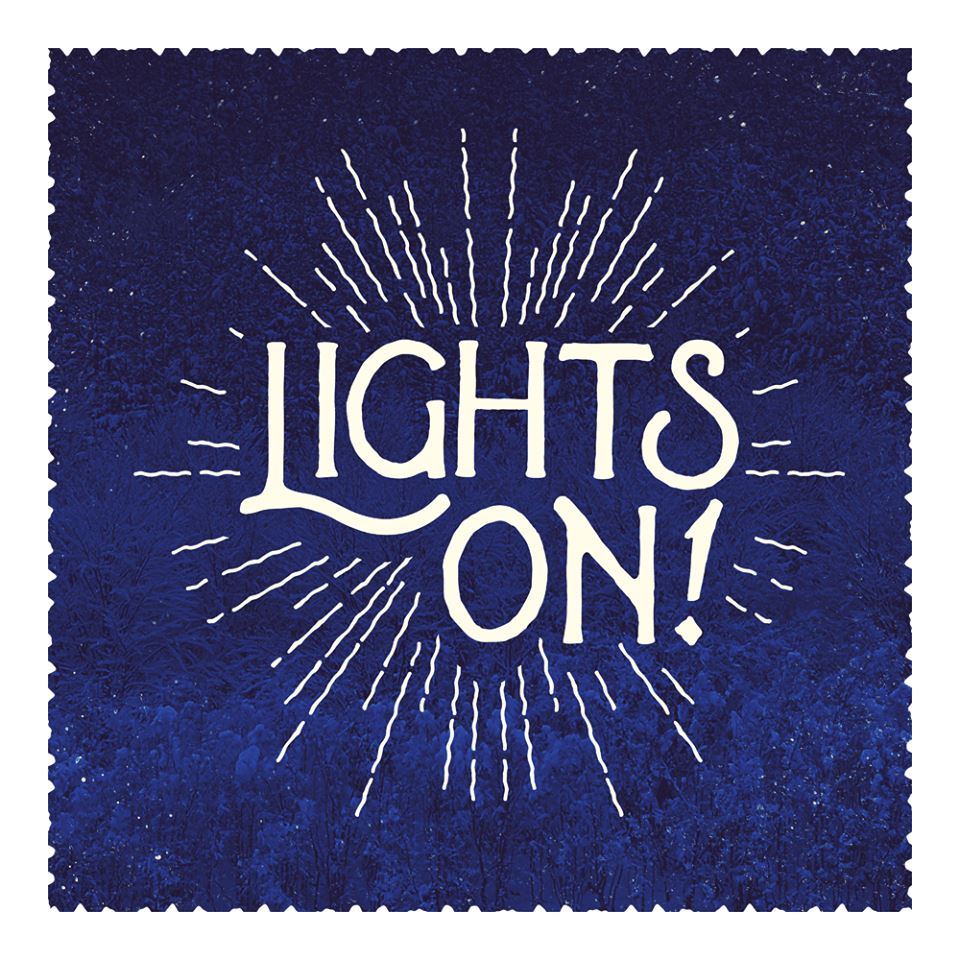 Experience economy is also one of the starting points for the project that Humak University of Applied Sciences in Finland started together with other partners in 2015. The main aim of the Lights On! Project is to improve on-site services for four historical sites in Finland and in Estonia. The project is funded by the EU from the Central Baltic Interreg program. From the Finnish side, there are two partners, Humak and Metsähallitus, a state-run enterprise that runs business activities and administers more than 12 million hectares of state-owned land and water areas. From the Estonian side, partners are the State Forest Management Centre and the University of Tartu Viljandi Culture Academy. There are also a number of tourism enterprises and entrepreneurs, both in Finland and in Estonia, taking part in the project. The aim of the through cross-border cooperation project is to create joint marketing tools and develop new products that are reachable as a result of a common historical background. One of the core tools of the project is the creation of effective and engaging heritage interpretation, which means, in concrete terms, the finding out and creation of good stories around the sites and their history. The project started in autumn 2015 and will last until late 2018.

Through the Lights On! Project, it will be possible to build up bridges between heritage management and cultural tourism. To do this, we need to focus on the emotional level of human resources.

The historical sites, both in Finland and in Estonia, that have been selected for the project all have similar features. They have all had an impact in prehistoric times on the power structure of the area. From these sites, the north-eastern Baltic Sea has been ruled and reigns guarded. Still, for many people, most of these sites are unknown at this time. As tourist attractions, the sites are undeveloped, the use and management of the sites is not sustainable, the engagement of the local people is poor, they produce little or any benefit to the economy of the area and if for some reason a visitor wanders onto the site, the experience is more likely to be confusing than educational or pleasing. In addition, the basic infrastructure in the form of decent roads or trails or lightning is lacking, which means that the season for the sites is short. The intention is to resolve these problems through international cooperation and by using new innovative approaches. The idea is to bring history, stories from the past, political intrigues and a vibrant everyday life to the forefront of the visitor’s experience. This will be done by improving visitors’ experience, on-site services and by developing new creative products. As for the latter, the key elements are technology and experience economy and management.

The challenge is immense. As mentioned before, these sites are in a bad condition. It would be almost impossible to understand or even notice that in the middle of these grassy hills, stony grounds, ruined and wrecked buildings, there was once life that shaped and modified the lives of many people some thousands and hundreds years ago. History has hidden itself from the eyes of visitors which makes these sites uninteresting or perceptible only for archeologists or other experts of the field. So we have, for example, a medieval Bishop’s Castle which has been built in the 14th century to serve as a stronghold for Catholic bishops in Finland. Over the following two centuries, it gradually expanded into a massive fortification but was demolished in the 16th century when the power structure of the area was changed again. Although the spot is still reachable and there are even some events and activities, the significance of these rocks and ruins is not easy to catch for regular visitors. Other similar kinds of sites in Finland are a castle ruin where three medieval kings of Sweden used to have their headquarters (Raasepori), a fortified island just outside Helsinki (Vallisaari) which will be open to the public in May 2016, or to go a little further back in history, the Rapola hill fort, which was one of the first organized defense works in Finland.

On the Estonian side, one of the main “attractions” in the project is Varbola Jaanilinn, one of the largest fortresses in the country. It was used from the 12th to the 14th century, and later on from the 15th to the 17th as a cemetery. Although you can visit the site and even do some camping there, or see some examples of the ancient walls of the stronghold, the siege tower or the old well, the site’s nature as a place where history was made is not visible. The same goes for other sites, Löhavere (fortress of the Estonian ancient chief Lembitu) and the ancient hill fort Neeruti. The manor Keila-Joa is a small exception among these sites, because it was re-opened to the public in 2014 (the building itself was built in 1833 in the neo-gothic style) and has done a great deal to share the cultural heritage of the area and its buildings to visitors. There is a restaurant and a museum in the main building and concerts and other activities are held throughout the year. The main development target with Keila-Joa is, however, its park with a river and a waterfall.

There are three kinds of main activities that will take place during the project in three years. First, to improve the experience of visitors: high quality information points will be established, as well as the use of modern technology for onsite interpretation. This includes mobile guiding, the creation of augmented reality features, digital projections and the lightning of sites. Secondly, new marketing tools are being tested, including gamification, light festivals, competitions, narrative experiences etc. Thirdly, together with entrepreneurs and companies, new tourism products will see the light. You can say that by bringing together cultural management, creative industries and local tourism operators, the project has a possibility to find out new solutions to old problems (How to make history come alive? How to make stones “speak”?), and at the same time, offer people something to share with others: experiences.

The project started half a year ago, but already now the first steps toward an exhaustive customer experience have been made. Based on the results of a small questionnaire that was made to a number of entrepreneurs working in close proximity to Finnish sites, most of them wanted to hear and see more stories, legends and local history tied to the spot. Also, the wish to experience connections between the past and present was expressed. Other remarks were tied up with marketing issues or the infrastructure of the site, as well as the difficulties experienced in finding new ways to work together with other entrepreneurs and companies.

While one of the goals of the project has been to build up new networks between businesses, the project has already started to offer training programs where all the possibilities for marketing and activities will be found out and tested. In addition, new technology with social media (Facebook, Twitter, Periscope, YouTube), as well as the first features of online games and video projections, have been developed. Later on, other interactions, such as joint marketing games (together with Estonian sites) and a live action role-playing (LARP) game will be put through with the lighting competition, where their results will be transmitted simultaneously in all sites across the Baltic Sea. The project will use the latest video and computer technology to achieve its goals. One of the co-projects was already launched in January 2016, when the ruins of one site were projected online in the middle of a crowded street in the city of Turku, and, at the same time, the same was done the other way round. Visitors at the heritage site were suddenly put into a modern shopping street. In this way, connections between the past and present were visually perceptible to all.

Traditionally speaking, cultural heritage management is concerned with the identification, interpretation, maintenance, and preservation of cultural sites and physical heritage assets. When we connect these goals with tourism, we can speak of heritage tourism or just cultural tourism, where heritage (tangible and intangible) is just one part of the cultural resource management where urban culture will also be taken into consideration. Through the Lights On! Project, it will be possible to build up bridges between heritage management and cultural tourism. To do this, we need to focus on the emotional level of human resources. Excitement, enthusiasm, and joy are inner forces that can also be used for the benefit of preserving heritage. Nowadays, computer and mobile technology not only has a strong hold on peoples’ time, but also on how people connect themselves to the surrounding environment. Our behavior has become more and more dependent on machines. At the same time, physical presence has a whole new meaning as an element of interaction between humans. Through this kind of “bricks of humanity”, we are facing a new territory where questions of the past, present and future are being formalized in a new way. 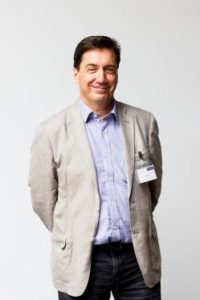 Pekka Vartiainen is a principal lecturer in the department of cultural management at Humak University of Applied Sciences in Finland. His publications include books on literary history, methodology, literary production and cultural policy and management. Pedagogy, research in multidisciplinary areas, festival management, international cultural policy making and networking are his main areas of interests. At this moment, he is coordinating a master degree program in cultural management that is a co-project of Humak and Metropolia University in Helsinki.